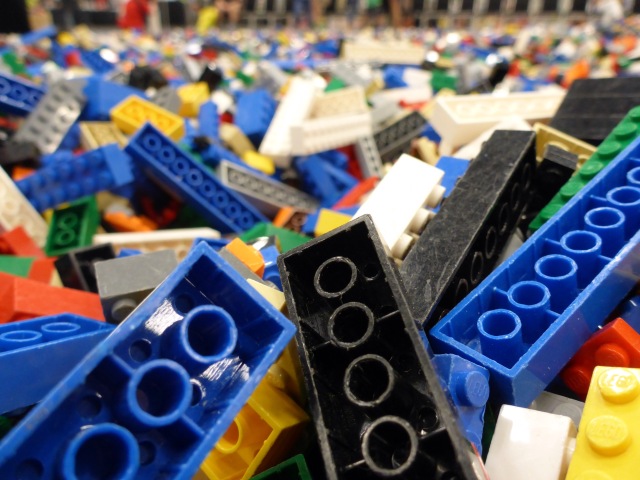 After posting my last blog page from the Lego Kids Fest, there was still a little time left before the event was over for the day.  Lucky for me, there was a small mountain of Legos to dive into.  The kids had built a giant blue city with about 90 towers, so I contributed by building a long blue wall to front the city and keep out the kids who wanted to play Godzilla for the night.  It sort of worked and kept the destructive ones from crushing all the towers.  The whole plan failed when the time for the event was up.  The adult proctors began ripping the city to pieces in preparation for the next morning so tomorrow’s kids could have a fresh mountain of blocks to build from.  I hope they have fun and make a city as majestically constructed as the one tonight.  🙂 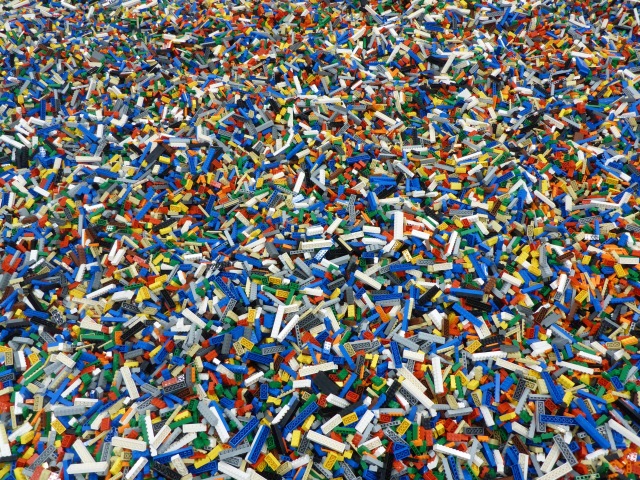