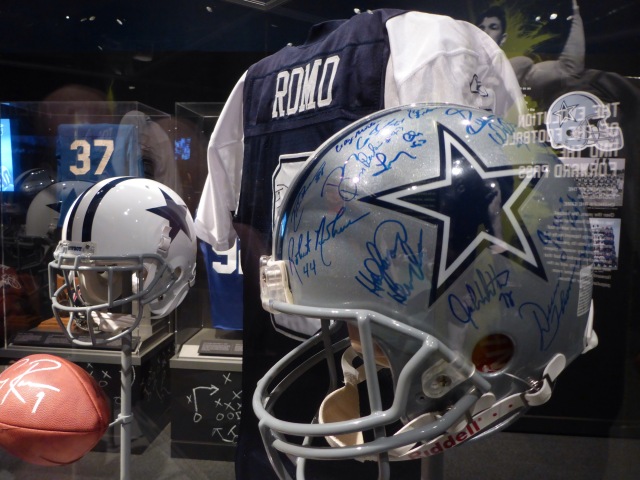 The Bob Bullock Texas State History Museum has a traveling exhibit from the Pro Football Hall of Fame called Gridiron Glory.  I hope you are a fan of the Dallas Cowboys!  I grew up watching them, lived less than a mile from the old Texas Stadium in Irving, attended many games as a fan, and even worked as a souvenir salesperson as a teenager.  So obviously, my photos from the exhibit are slanted towards the Cowboys.  There is much more to see, and the exhibit will be here until January if you want to come to Austin for a visit.  🙂 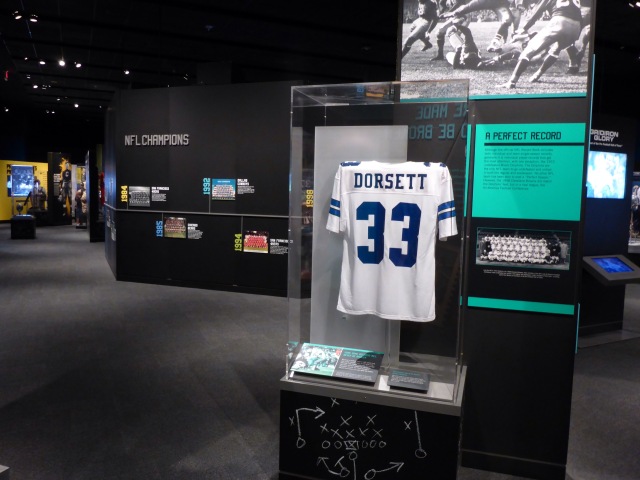 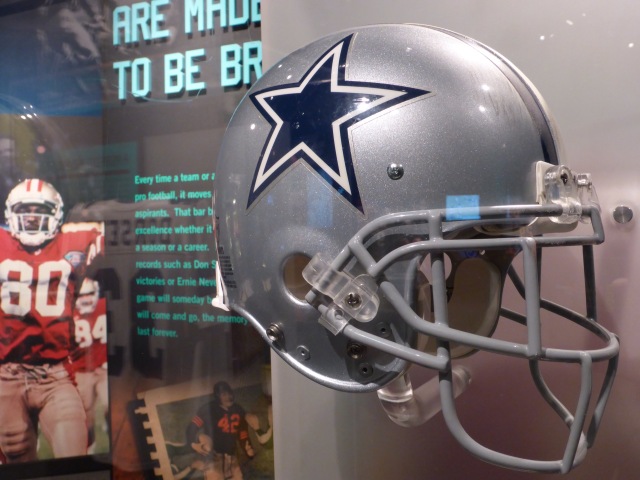 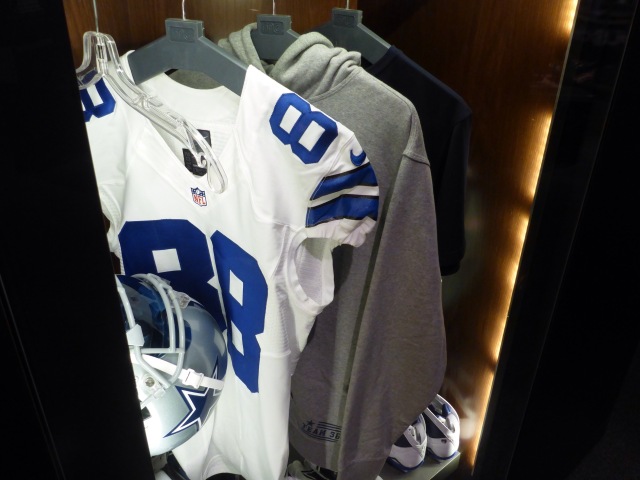 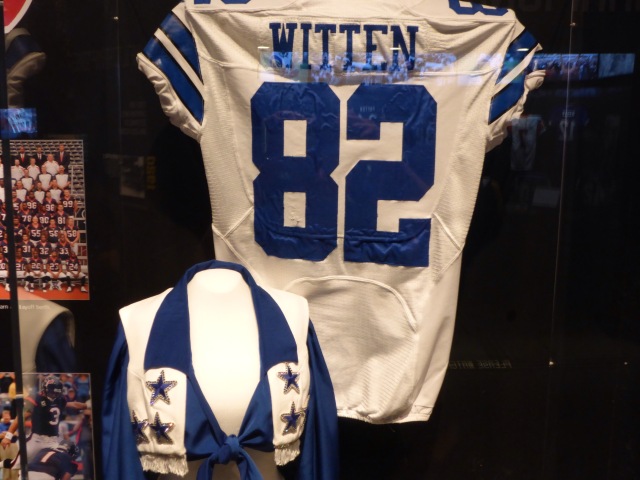 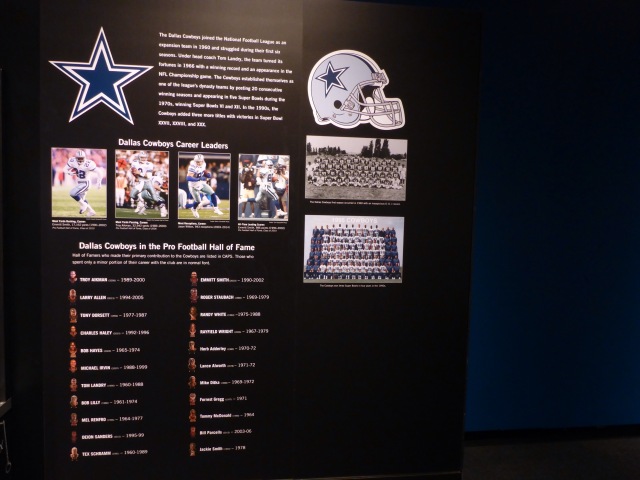 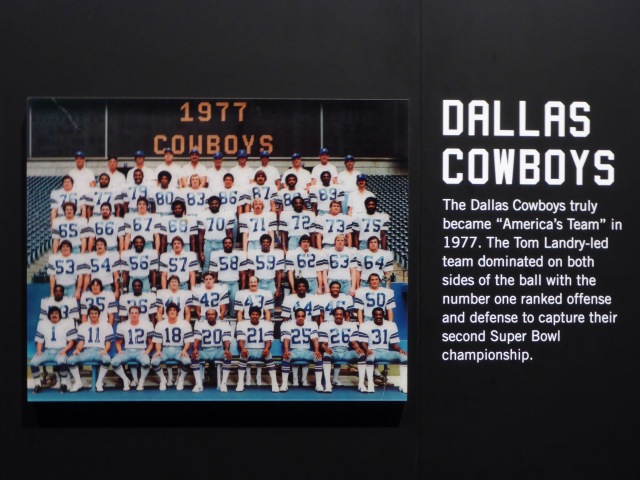 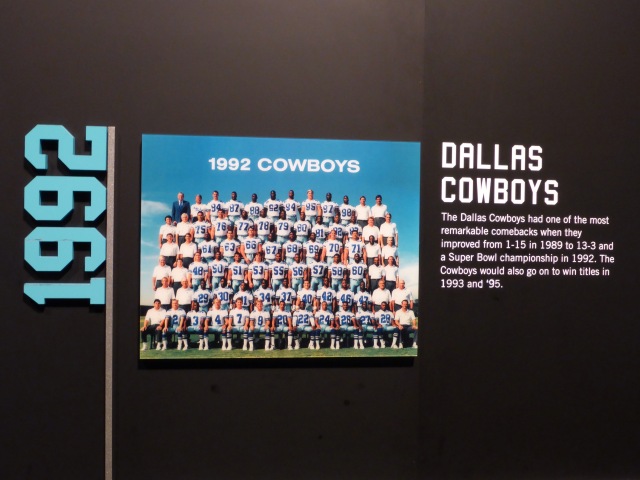 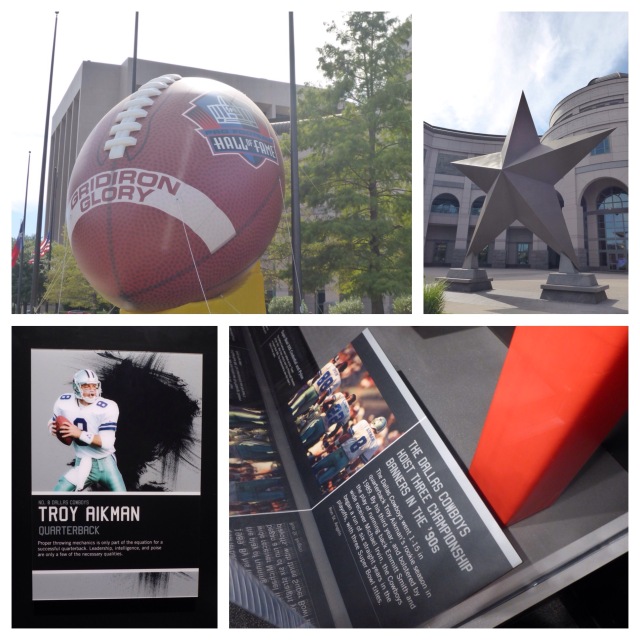 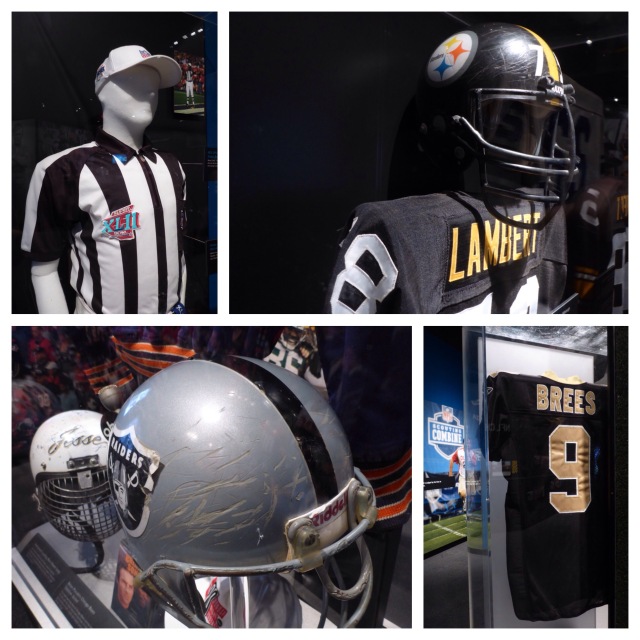