I ran across this most awesome rose garden today while walking about. 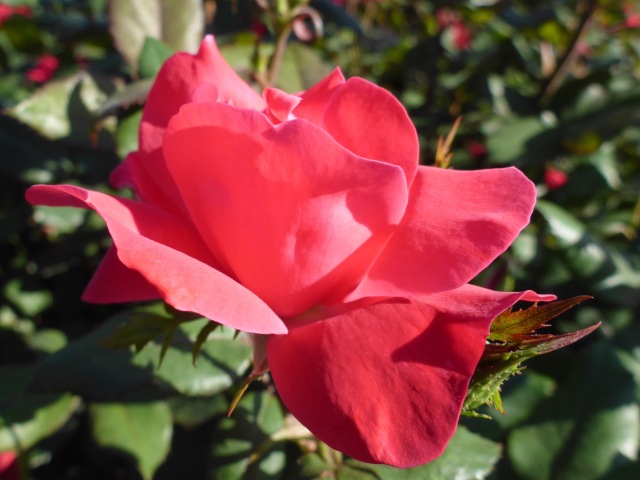 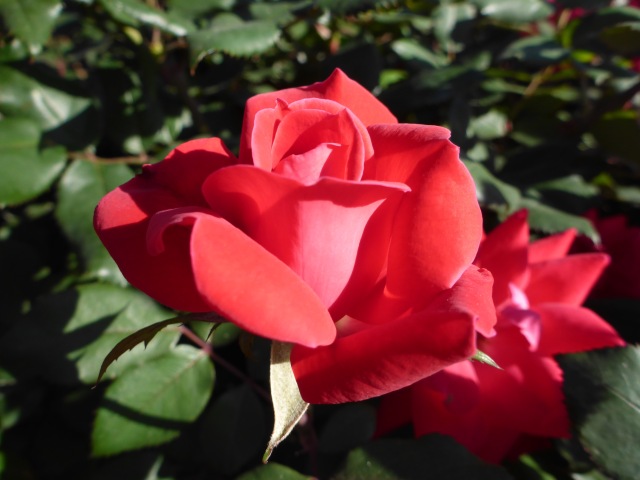 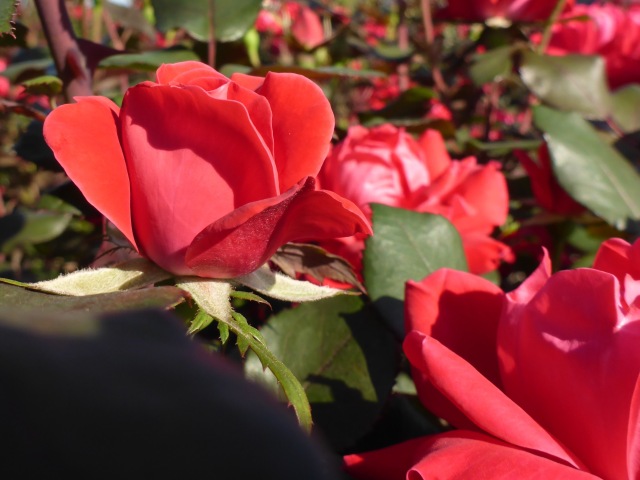 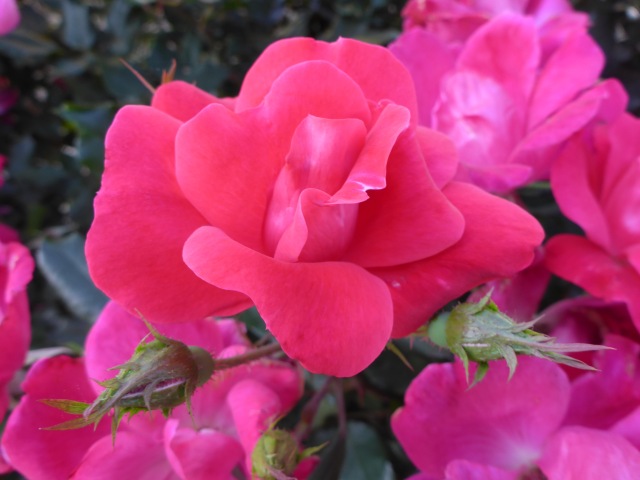 The Poppy.  The city of Georgetown excels at growing and showcasing these gorgeous flowers.  It is a little late in the season, but there are still a few good flowers to be discovered while walking through the downtown neighborhoods. 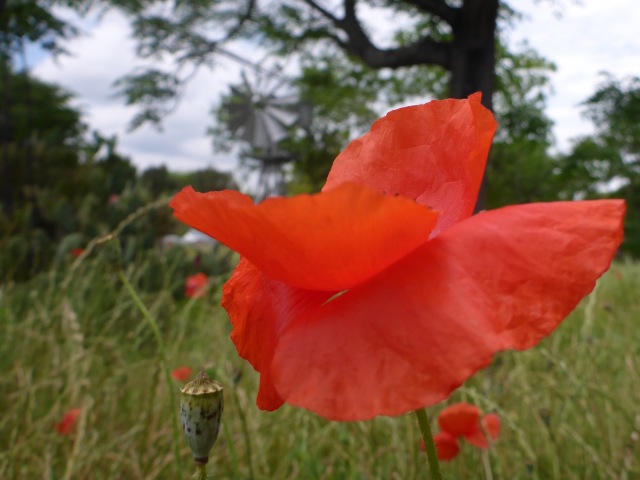 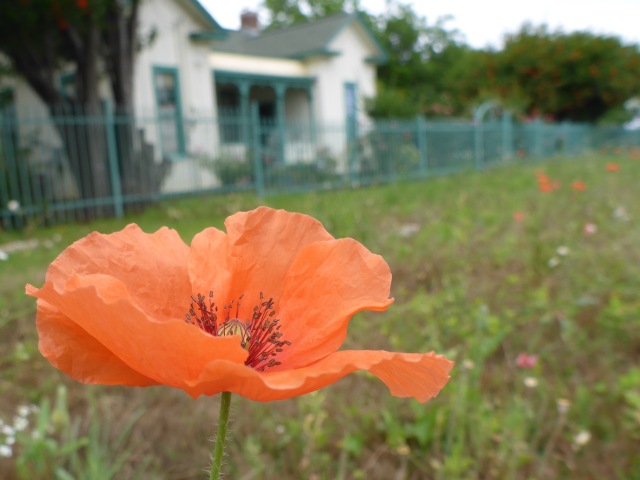 Here are some more photos from walking through the neighborhoods of Georgetown in search of yards full of red poppies.  This will give you a better idea of how crazy this town gets for these flowers.  It was nice and sunny this afternoon, and this part of Texas is starting to warm up a bit, so I am not sure how much longer these flowers will be on display. 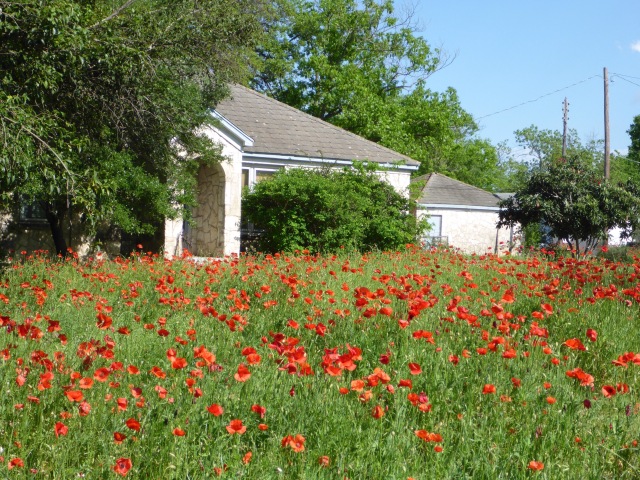 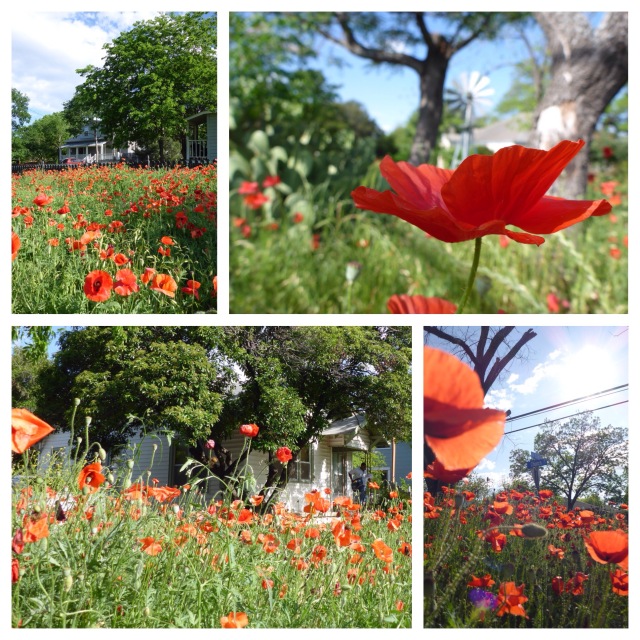 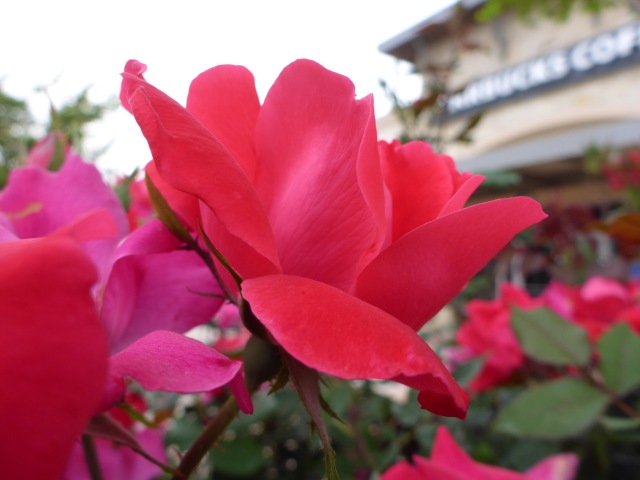 I am motoring around the Round Rock Outlet Mall today.  As usual, I hit up the Starbucks, this time for an iced green tea and some internets.  There is more red in the beautiful blooming rose bushes outside then you would imagine possible.  On the inside, they are playing music I’ve never heard before and one groovy lyric stuck with me.

“You can dance in a hurricane, but only if you’re standing in the eye.”

The YouTube video of the song “Eye” by Brandi Carlile is linked below if you want to give it a listen. 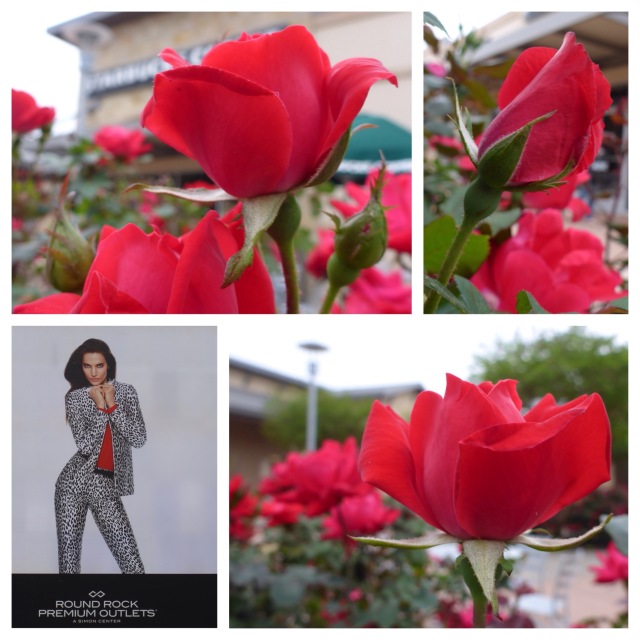 The story goes that red poppy seeds were brought to Georgetown from Europe soon after WWI.  In the springtime, it is relatively easy to find small fields of poppies, patches along fence lines, or maybe even gardens that people have nourished.  In April, the town holds a yearly celebration called the Red Poppy Festival.  Today I learned that poppies have large flowers on tall thin stalks, making them like sails in the wind.  It is difficult to get a nice picture on windy days like today.  The fringe benefits, in case you want to pursue the profession of red poppy photographer, are that you get to hang out with the neighborhood cats.  🙂

I discovered this great garden full of red roses on my way to the Thinkery this evening.  Here are a few roses for you. 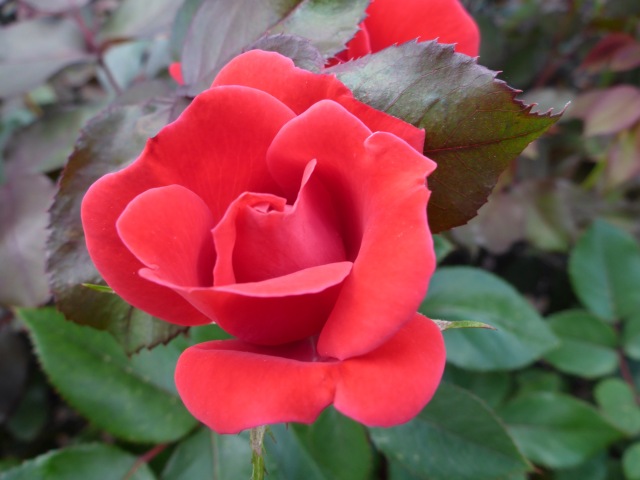 I visited Chinatown Center in Austin to celebrate the Chinese New Year. It was super crowded as the weather was nice. The celebration included drums, strings of explosive firecrackers, red lanterns, food, drink, and the spectacular Lion Dances. According to Wikipedia, here is the mythology behind the New Year celebrations.

“According to tales and legends, the beginning of the Chinese New Year started with a mythical beast called the Nian. Nian would come on the first day of New Year to eat livestock, crops, and even villagers, especially children. To protect themselves, the villagers would put food in front of their doors at the beginning of every year. It was believed that after the Nian ate the food they prepared, it wouldn’t attack any more people. One day a villager decided to get revenge of the Nian. A god visited him and told him to put red paper on his house and to place firecrackers. The villagers then understood that the Nian was afraid of the color red. When the New Year was about to come, the villagers would hang red lanterns and red spring scrolls on windows and doors. People also used firecrackers to frighten away the Nian. From then on, Nian never came to the village again.”